Welcome to the Empire TV Show Wiki, a wiki that serves as an encylopedia of information and details on the new FOX television series, Empire. As of this moment, this wiki has 383 articles, and this wiki is hoping for new contributors to make this wiki a strong community. If you'd love to take part on this Empire journey with us, feel free to help by creating or editing articles and keeping this wiki as friendly, cooperative, and safe! Thanks, and enjoy!
Current stats:
14,279 edits | 383 articles | 1 users 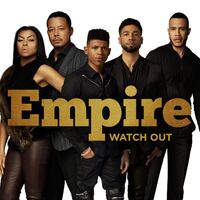 Empire Entertainment, commonly referred to as Empire Enterprises or simply, Empire, is a publicly traded company owned primarily by co-founder, Lucious Lyon, who is also the CEO of the company.


Although it is primarily first and foremost a multi-platinum recording label and studio, Empire also has its own fashion line, high-end liquor as well as involvement in sports management, publishing and electronic gaming.

Go to these sites for info or for help with your own wiki!

So the admins have no edited here since April. I am thinking of making edits to this wiki…

‘EMPIRE' Renewed For Season 6 By FOX

Retrieved from "https://empire.fandom.com/wiki/Empire_TV_Show_Wiki?oldid=17998"
Community content is available under CC-BY-SA unless otherwise noted.