Play On is the eleventh episode of the third season of Empire and the 41th episode overall. It first aired on March 29, 2017.

Cookie tries to move forward with Angelo, while struggling with guilt over her run-in with Lucious. Meanwhile, Leah seeks out Tariq's help in taking down Anika, and Jamal and Tory team up in the studio.

Add a photo to this gallery 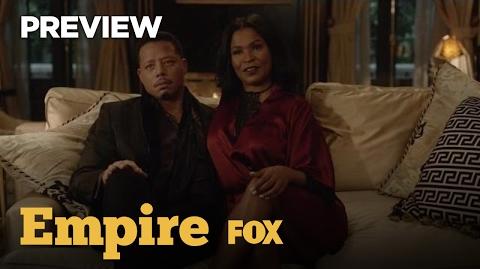 Preview An Unbreakable Power Season 3 Ep. 11 EMPIRE
Add a photo to this gallery

Retrieved from "https://empire.fandom.com/wiki/Play_On?oldid=17356"
Community content is available under CC-BY-SA unless otherwise noted.