Empire is returning this week with the premiere of season 2! We could not be more excited for another year of backstabbing, betrayals, and manipulation. To celebrate, we put together some eating recommendations that will enhance your viewing experience. Lucious Lyon does everything in style, so we tried to put together a stylish evening. We've selected food and drink inspired by Empire that should be fun, whether you're throwing a party with friends or by yourself. Watch out! Spoilers for season 1 ahead!

The Lion in Winter 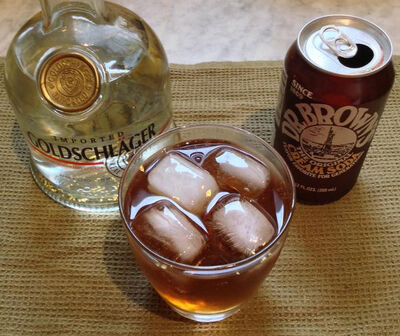 I knew I had to come up with an original cocktail for this, and I wanted to make something perfect. The cast of Empire drink a lot of champagne and cognac, but not all of us have made multi-million-dollar record deals yet so I wanted to put together a cocktail that was both decadent and luxurious but wouldn't break the budget. I call this cocktail a Lion in Winter, named after the play that Empire is based on. It's a shot of Goldschlager and a can of cream soda.

I used Goldschlager because it has literal gold flakes in it and that seemed like the Lucious Lyon thing to do. There is absolutely no reason for them to exist, they add nothing, and they're relatively inexpensive...but wow do they look fancy! You can find 1oz nips of Goldschlager in a lot of liquor stores if you don't want to spend $30 on a bottle of nice liqueur, but regular cinnamon schnapps will also do if not. When mixed with cream soda, this is seriously delicious. It's sweet, spicy, and ice cold, but it still warms you up. It tastes the way Christmas feels, and it makes you feel like it's winter and there's a lion inside of you!

"If you kill me, everyone in this room would applaud. You see the little pretty blonde there? She hates me. My son wants me dead because I saved him from a con artist. But the worst thing that I did — I let the mother of my children rot in jail for 17 years. So trust me, Reg, if you shoot me, you would be everybody's personal hero." 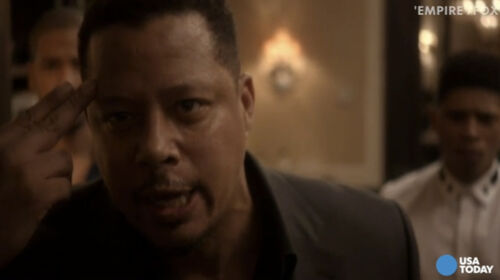 Mm, mm, this scene sure does make me hungry! I could go for a personal hero sandwich of my own! If we want to make the perfect sandwich for watching Empire, let's stick to the character's roots. We know that Lucious grew up on the mean streets of Philadelphia, and, in Philadelphia, they only have two kinds of food. The first kind is the world-famous Philly cheese steak. The second is a mashed-up cheese steak paste that they use to feed their elderly and their young who don't have teeth (just kidding). 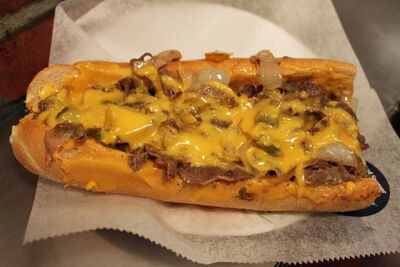 If you know how to work a skillet, it's not hard to make a good Philly cheese steak. All you really need is peppers, onions, beef, and a little seasoning. If you want to make it authentic, you have to use actual Cheese Whiz, and NOTHING else is acceptable. If you can make this sandwich right, maybe Lucious will finally accept you as his heir apparent!

"She don't respect me, and she ALWAYS BARGING INTO ROOMS WHEN SHE'S NOT SUPPOSED TO."

How do you make Empire cookies? It's all in the presentation! The recipe we use isn't particularly special or complicated. In fact, you can just use a standard chocolate chip cookie recipe because there are some times when the classics really are the best option. The secret ingredient we use is Rice Krispies cereal. Rice Krispies will give your cookies a nice crispy crunch, and they'll also add a lot more volume to your dough. They are a cheap way to make cookie dough go a lot farther and get more bang for your buck. It's usually best to add as much Rice Krispies as you have chocolate chips, but, if you don't have Rice Krispies, Corn Flakes can also be delicious. 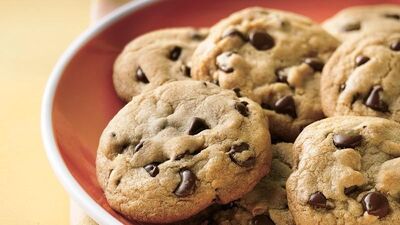 Once you have your cookies, put on your gaudiest outfit. Animal print is preferable. Wrap those cookies up in aluminum foil because we are going out! Find a room you're not supposed to be in and barge right inside! Is there a boardroom meeting you've been cut out of? Do you suspect that someone is scheming behind your back? Do you need to check on a loved one just so they know you're watching them? Barge into the room and give them a taste of Cookie. Don't be afraid to let them know that if they want Cookie's nookie, they have to ditch the b****. When security escorts you out, act like leaving the room was your idea.