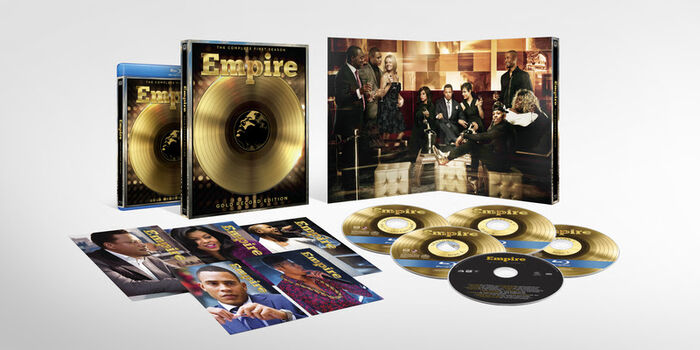 On November 3rd, 2015, you'll be able to purchase the EMPIRE Season 1 PREMIUM Blu-Ray which will include:

Get'em before they're gone!
Retrieved from "https://empire.fandom.com/wiki/User_blog:Witnessme/Lee_Daniels%E2%80%99_Collectible_Gold_Record_Edition_of_Empire_Season_1?oldid=14063"
Community content is available under CC-BY-SA unless otherwise noted.