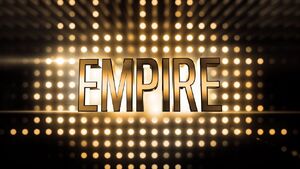 There's been a lot of talk recently about a possible Empire spinoff in the works, and what it might involve. Now it's starting to look like this could really happen! Fox TV Group co-chief Dana Walden has said that discussions have already begun on how to make it happen, and the possibility exists to plant the 'seeds' for it in the current series as early as the beginning of next year:

“If there’s a character... that feels original enough, has enough momentum and enough of a storytelling engine, we will definitely look to spin Empire off for next season... [seeds for a spinoff] ...would, in all likelihood, appear in the second half of this season.”

What I'd like to know is, how would YOU like so see a spinoff play out? Which character(s) would you like to see it focus on? Would you rather see a prequel-type story, or should it take place in "real-time" side-by-side with Empire - possibly paving the way for some crossover story arcs? Share your thoughts in the comments, I'm really curious to hear all the different opinions about this! :)


Retrieved from "https://empire.fandom.com/wiki/User_blog:XD1/Empire_Spinoff%3F?oldid=11233"
Community content is available under CC-BY-SA unless otherwise noted.